All Saints Day, celebrated on November 1st commemorates all the saints of the church, both known and unknown, who have attained Heaven.  For Catholics, it is a holy day of obligation.  The first evidence for the November 1st date of celebration occurred during the reign of Pope Gregory III (731-741) who dedicated a chapel in St Peter’s in Rome on this date in honour of all Saints.

In medieval England, the festival was known as All Hallows and the evening is still known as Halloween.

The term saint is derived from the Latin word Sanctus, meaning holy or consecrated, which is in turn, a direct translation of the Greek word hagios, also meaning holy. It was the early Christians who began to use the term ‘Saint,’ more specifically to refer to an exemplary individual.  It is not surprising that it was the martyrs, who paid the ultimate price for their beliefs,  who became the first group to merit this title.

To an extent, it is true that all saints are extraordinary, in the sense that their lives are graced by the gift of God’s love because they have given their will over to Him entirely.  However to be prepared to die, often horrifically, calls for an extreme kind of courage.

The understanding of sainthood in the Roman Catholic Church developed directly from this early Christian context.  The primary difference was that, as time went on, the papacy began to take a more active role in the determination of whether an individual was suitable for popular veneration.

What does being holy mean?

Sometimes you will hear a person being described as a saint.  Usually, it is in the context of the things they put up with, or the goodness, care, and concern they show in their dealings with other people.  Of course, it can also be used in a sarcastic, even derogatory way, hence the expression ‘holier than thou’.  An individual described thus is usually perceived as thinking themselves superior to others.   These ‘others’ may feel uncomfortable in their company as they will naturally resent the feeling that they are being looked down on.

In a recent article the well-known Jesuit priest, Peter McVerry writing about the topic of holiness said that if it meant spending long hours in prayer, mystical experiences of oneness with God, or escaping into a realm of contemplation, then none of that applied to him. Ironically, of course, Fr McVerry himself could certainly be described as a modern-day saint.  His charity the Peter McVerry Trust has progressed from a three-bedroom flat in Ballymun to becoming one of the country’s largest organisations responding to the issue of homelessness.  As a social activist, Fr Peter is a strong advocate for those who have no voice in society. 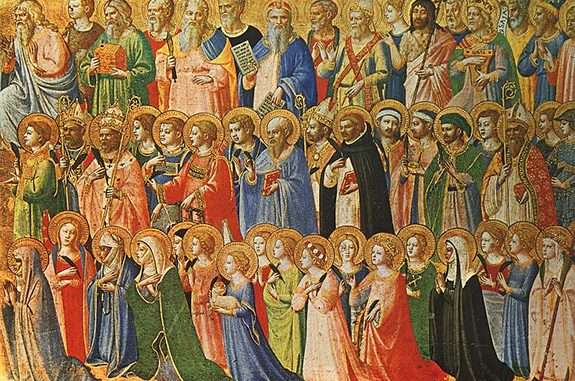 In actual fact the good news is that we are all saints!  Well, saints in the making anyway.  Belief in the communion of saints is quite literally an article of faith for Catholics.  It is stated in the Apostles’ Creed “I believe in the Holy Spirit, the holy Catholic Church, the communion of saints, the forgiveness of sins, the resurrection of the dead and life everlasting.”

The Church is the communion of saints, the community of all her members.  The living are “saints” because they are baptized members of the Body of Christ, unified in faith and practice.  They are “saints in the wings”.  The dead, or the faithful departed are “saints” because their time on earth is over.  They are the ones who have completed the race, kept the faith and have been given the crown of righteousness (2 Timothy 4:7, 8).

The communion of saints spans the ages.  It unites the saints who are living now with all who have gone before.  The living express their concern for the faithful departed in prayer, especially at this time of the year when the parishes, and other religious outlets, provide Altar Lists for the dead.  The saints in Heaven watch over those who continue their journey on earth.

Intercession of the saints

From the earliest times of the Church, people have always prayed to the saints and asked them to intervene for them.  This tradition is what influenced the taking of a saint’s name as part of the sacrament of Confirmation. The idea was to have a sort of spiritual guide, with whom you identified and whom you could ask for intercession. Someone who really loved animals, therefore, might be inclined to take Francis as their chosen name on their special day, thereby invoking Francis of Assisi the great lover of animals. 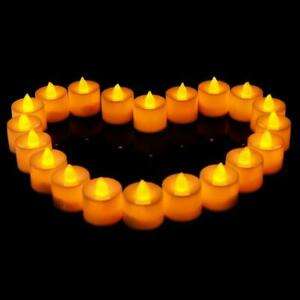 I always thought this an inspired idea, because of course, we cannot choose the name our parents give us, so this was a wonderful opportunity to redress the balance!

St Dominic, on his deathbed said “Do not weep, for I shall be more useful to you after my death and I shall help you [even] more…than during my life.”

How comforting to know, in these dark November days, that when we light a candle for a loved one who has gone before us on the road home to God, they are embracing us still in the warm glow of their love.