Who are the people we look up to?

In life who are the people we look up to and who influence us the most? Perhaps that is something we need to examine more closely. At the beginning of this week, the main story in the media and on everybody’s lips was the death of the veteran broadcaster Gay Byrne, at the age of eighty-five.  He was best known for being at the helm of The Late Late Show for a grand total of thirty-seven years.  He has been described many times as a Legend.

I was particularly struck by a comment from a friend of mine to the effect that if death could come to someone like him, then we knew it would come to us all. Implicit in this was the notion that Gay Byrne was in some ways a super, even superior, being who would not be subject to the trials of us ordinary folk. Death is, of course, the great leveler.

This made me think about how we perceive certain individuals who are famous, the celebrities, whether they be stars of the screen, in sport, on television, or indeed members of the Royal Family and in more recent times those who appear on the so-called Reality Shows. 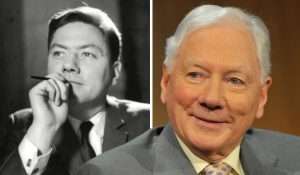 I do not really know much about nowadays, but in my time at school, we used to collect photographs from newspapers and magazines of our favourite stars and keep them in scrapbooks.  There was great excitement when someone acquired a new one, as well as some competitiveness around who had the nicest images.  For boys it would be football stars, I suppose.

I remember one girl in my class being a major fan of The Bay City Rollers to the point, I thought, of dementia and driving the rest of us demented!  My cousin had a huge poster of David Essex on her bedroom wall.  All of this adoration is actually quite normal, in as far as it goes.

When it goes wrong

Research has shown that the adoration of celebrities falls into four categories.  The first group just read about and observe the stars.  The next group display a more social interest, talking about them a lot and could probably answer questions on the topic for the Mastermind quiz. A small number take it to a more sinister stage, becoming seriously obsessed, sometimes to the point of believing they are known to the star in question and have a role in their life.   Where you really enter the dark side is with the people who stalk and even kill their ‘heroes’ as happened to John Lennon in 1980.

In March of the following year, John Hinckley Jr. shot President Ronald Reagan while he was coming out from a speaking engagement.  The President survived but a police officer, James Brady who was also hit in the attack, suffered brain damage which would eventually cause his death.

Hinckley claimed his actions were intended to impress the actress Jodie Foster, with whom he had become obsessed after seeing the movie Taxi Driver over fifteen times. 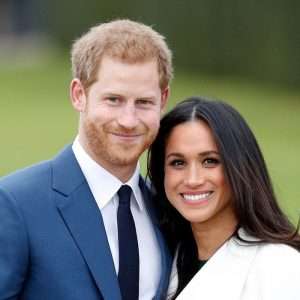 It seems that every magazine on sale these days has a picture of Meghan Markle gracing the cover.  Prince Harry’s wife has been at loggerheads with the Press for some time now.  Celebrities, of course, are kept in focus, and permanently on our radar, by the amount of coverage they are given.

This may seem obvious, but it is also important to note that the media can manipulate our thinking.  If they have their knives into someone, and it seems they might with the Duchess of Sussex, then the headlines will be negative.  This can be seen as a form of abuse and Prince Harry, still hurt about the way his mother Princess Diana died, has reacted angrily.

People of a much younger generation than my own have heroes too on social media whom they follow and attempt to emulate. These are known as “influencers” and tend to be, unsurprisingly, well off and physically fit.

What all these people have in common is that they have something we do not and seem to hold the key to a better life.  We are on the outside in the snow, looking in at the warm, fire-lit room.  Our culture has conditioned us to believe that celebrity, wealth and comfort are what make for a fulfilled life.  It is a toxic untruth and the antithesis of what lies at the heart of the Christian message.

Jesus’ mission on earth was to show us how to love one another and to point us towards the Kingdom that is to come. What matters is not how we look, or what we have but how we behave towards others.

I remember once reading an observation with regard to Communism which made the point that it could never work as people are too greedy.  An interesting insight.  If people were less so there would be very little poverty in the world.

One of the reasons we accumulate and accumulate and are afraid to share is because of the belief that this life is all we have. We strive for a happiness that is elusive, but which others seem to possess.  Unimportant things become important and we look up to those who appear to have ‘better’ lives than our own.  We should look neither up nor down because in truth no one person is ‘better’ than anyone else and all are equal in the eyes of God.