Tuesday of last week marked the fifteenth anniversary of the London bombings, an atrocity that claimed the lives of 52 people and injured more than 700 others.  I well remember the event and seeing on the news the image of the mangled number 30 bus in Tavistock Square, which became the symbol of that terrible day, often referred to as 7/7.  The attacks were carried out by four suicide bombers with rucksacks full of explosives.

As the fateful day of their evil mission dawned, London was still in the aftermath of celebrations, having just been awarded the 2012 Olympic Games. The city was a surprise winner – Paris was the clear favourite throughout the bidding – and as the announcement was made, astonishment was etched in the faces of both the winners and the losers. Ironically one of the newspaper headlines proclaiming the news read, A Day That Shook The World: London awarded 2012 Olympics. Little did anyone realise the shock that was to come the following day, one which would truly merit the awful implications of such a description. 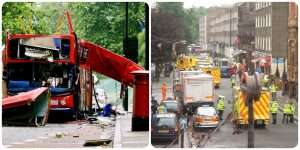 On that Dreadful Day

Three of the bombers, Mohammed Sidique Khan, Shehzad Tanweer, and Hasib Hussain, left Leeds early on the morning of July 7, 2005, and headed for Luton, where they collected the fourth conspirator, Germaine Lindsay.  During the morning rush hour, three of their bombs were detonated on London Underground trains within 50 seconds of each other.

Khan aged 30, killed six after he detonated his device on a Westbound Circle Line train heading towards Paddington; the explosion occurred at Edgware Road.  Tanweer, 22, then detonated his bomb between Liverpool Street and Aldgate, killing seven.  The most deadly of the attacks occurred on the Piccadilly Line when Lindsay, 19, blew up a train between King’s Cross and Russell Square, killing 26.

Later that morning Hasib the youngest of the terrorists at 18, detonated a fourth bomb on a bus bound for Hackney.  The explosion happened in Tavistock Square and claimed the lives of 13 more citizens.   The number 30 bus was torn apart in front of the headquarters of the British Medical Association on Upper Woburn Place, where a conference was being held.  Dozens of doctors offered their lifesaving expertise. 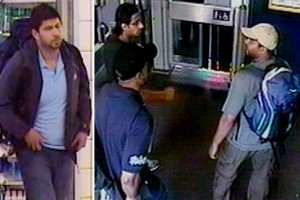 The killers carried out their attacks by using inexpensive readily available materials.  These factors made advance detection of the plot by authorities extremely unlikely and forced a sea change in British counterterrorism policy, which was previously focused on foreign threats.

In the subsequent investigations, the bombers were characterized as “ordinary British citizens”.  Tanweer lived with his parents and worked in a fish and chip shop.  Lindsay was a father, with a second child on the way.

In the early 2000s, Khan began work as a teacher’s assistant at a primary school, where he proved to be very popular.  Sadly, with hindsight, some of the single parent pupils looked up to him as a father figure.

Before killing himself and 6 innocent people, Khan left a will in which he apologised to his wife for his lies to her and said leaving his baby was “the most difficult day of his life”.  He also recorded home videos saying goodbye to his little daughter whom he held lovingly on his knees.

Their victims were of 18 different nationalities.  One of them a proud Muslim supposedly had shared their faith, but unlike them, saw no reason to kill in order to promote her beliefs. 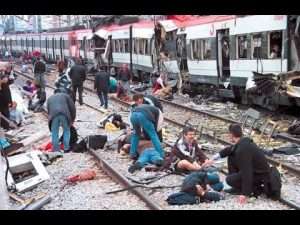 The aftermath for those who were injured was terrible indeed and you only have to read accounts of the horrific injuries so many sustained and have had to live with since.

A Cardiff man, Robert Webb, whose sister was killed in Edgware Road said he was unable to forgive the bombers.  “It’s difficult because as a Christian I am meant to forgive”.  He may someday, but not at present.  He said that many people tried to assist his sister but her injuries were too severe.

Mavis Hyman from East Finchley, lost her daughter Miriam in the Tavistock Square bombing.  The family has set up the ‘Miriam Hyman Trust’ and Mavis has been recognised by the charity Jewish Care for two projects, one an eye care centre in Odisha, India.  This was in appreciation of Miriam’s gratitude for the eye-care she received, being slightly short-sighted.

The other is the free educational response for 11-14 year-olds, entitled ‘Miriam’s Vision’, using Miriam’s and 7/7 survivors’ stories to tackle extremism and encourage greater fellow-feeling.  Mavis said that the pain of losing Miriam was terrible, but she and her husband and daughter, Esther, were consoled by people’s compassion, and willingness to give their time, skills, and energy. 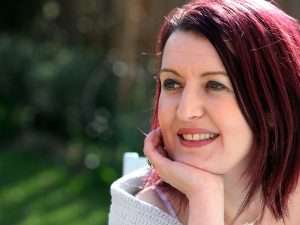 In 2019 she told the father of Hasib Hussain, Mamood Hussain, that she had forgiven his son.  In an emotional meeting in Leeds, he apologised for his son’s actions and presented her with a potted plant.  During an interview with the Mirror, she told Mahmood she had wanted to meet him so he knew at least one person who was on the bus didn’t blame his family.

Mahmood said that had he known what his son intended, he would have broken his legs rather than let him leave for London.  He told Lisa his wife had not ‘smiled or laughed’ since the atrocities and was now working as an interpreter for the NHS in 7 hospitals, because she wanted to help others.

Today we are united in the fight against the terror of Covid-19 and are uncertain of what it may ultimately mean for all our lives. It is a sad thought that however awful a threat it is, it is better to be human beings together, battling a common foe, rather than contemplating so close to home the terrible things men and women do to each other in the name of God, whom they only serve to outrage by their evil deeds.