This Sunday is the 8th of March and on that date every year we celebrate International Women’s Day.  It originated from the trade union movement in America in the early twentieth century, particularly in the activism of the women who worked in the clothing industry “sweatshops” of the time.  In February 1908, in New York City, thousands of women who were garment workers went on strike and marched through the streets to protest against their working conditions.

In the early years especially, International Women’s Day was associated with working women’s rights.  Today its purpose is to bring attention to the social, political, economic and cultural issues that women face. And to advocate for the advance of women within all those areas.

In so many ways we in the Western World are fortunate to live in the times we do, particularly if we are female. Certainly, women are still underrepresented on Boards of Management and in parity of pay; however, we have a very important asset, namely economic freedom.  As recently as 1973 women working in the public sector had to leave their jobs when they got married.

The Marriage Bar reflected the social attitude that it was a husband’s duty to support his wife and a married woman’s place was in the home.  Effectively it denied generations of women the opportunity to work at the prime of their lives.  Such labour force restrictions left women with very little disposable income, leaving men with key purchasing decisions and power in the family home.

At one time, unmarried people in Ireland were subject to ridicule. As a woman was not viewed as ‘coming of age’ until she married, a fifty-year-old unmarried woman was often still referred to as a girl.  She was treated as a lesser member of the community, than for example her married niece.

Socially marriage was expected; unless you were rich it was a social necessity.  Susan B. Anthony a women’s rights activist in America in the nineteenth century remained single because she saw it as being closely associated with what she was fighting for.  She argued that as women gained more freedom, it would be harder for them to submit to the inequalities inherent in marriage at that time.  In a speech, she once referred to the ‘sweetness of independent bread’ a phrase that nicely sums up the benefits of economic freedom. 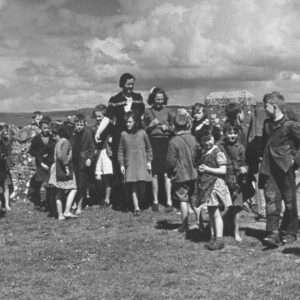 One of the most important benefits of economic freedom is that it enables us to make choices, about how to spend our free time, what to buy for our homes, where to go when we travel, amongst other things.  Perhaps these are options that we too often take for granted.

For women and girls in non-Western countries, life is very different.  Laws discriminating against women exist in 155 countries, according to a World Bank survey. In 32 states, a woman cannot apply for a passport without the consent of her husband.

It is estimated that nearly 50,000 underage girls are forced into marriage every day.

In some European countries self-segregated communities, mostly of Islamic or Turkish backgrounds, voluntarily abstain from social and political participation in mainstream society.  An example of the attitude of these so-called parallel societies’ patriarchal structures is typified by their refusing to allow young women to participate in class excursions.  Girls are forcibly veiled and prepared for life at home with a husband and children from a very early age.

The tradition of female genital mutilation is recognised internationally as a violation of the human rights of girls and women.  It reflects deep-rooted inequalities between the sexes and constitutes an extreme form of discrimination against women. 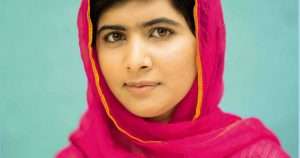 The girl they could not silence

During the five years that the Militant Taliban were in power in Afghanistan, they ruled with an iron fist that turned women into virtual prisoners under a strict interpretation of Sharia Law.  The extremist group was notorious for its treatment of women, banning them from going out without a male escort, forbidding them to work and lashing those who broke their strict edicts.  One girl had her thumb cut off because she dared to wear nail varnish.

As a young girl, Malala Yousafzai defied the Taliban in Pakistan and demanded that girls be allowed to receive an education. She was shot in the head by a Taliban gunman when she was only fifteen years old.  She survived after extensive treatment and weeks in intensive care.

With the help of her father, Malala established the Malala Fund, a charity dedicated to giving every girl an opportunity to achieve a future she chooses.  In recognition of that work in 2014, Malala became the youngest person to receive the Nobel Peace Prize.

Women and the Church

On January 15th Pope Francis named the first woman to hold a high-ranking post in the Secretariat of State, the male-dominated Vatican’s dipl 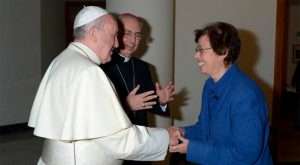 omatic and administrative nerve center.  A Vatican statement confirming Francesca Di Giovanni’s appointment said she will look after multilateral relations in the Secretariat; she is a specialist in international law and human rights.

Two other prominent women are Barbara Jatta, head of Vatican Museums and Cristiane Murray, deputy head of the press office.

Certainly, women have come a long way since the early nineteen – hundreds; but there is much more to be done.