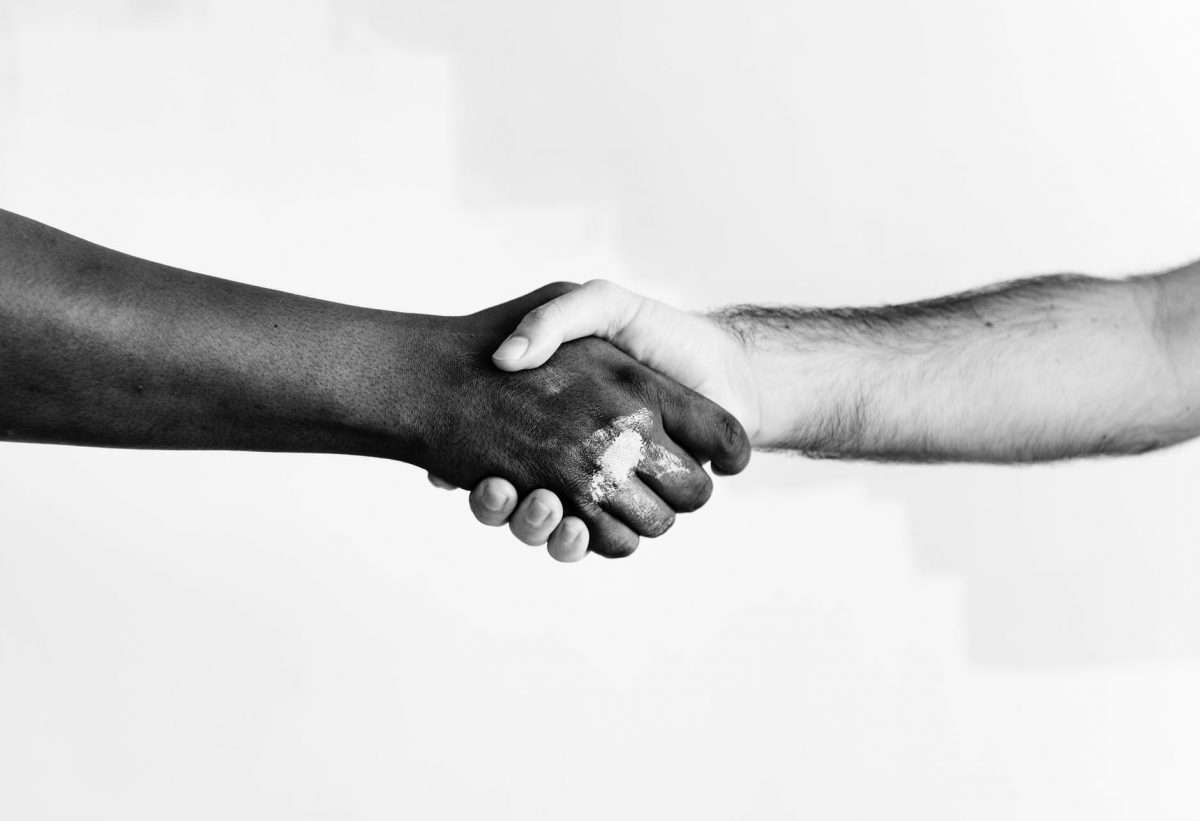 A Helping Hand – You have helped us to help others

At the St Martin Apostolate we have as our Patron a man who is an inspiration not only because of his humility, but also for his care of the poor and suffering.  We still strive to live by his word and example and are very proud to be helping in a number of deserving ventures which make a real difference to the lives of those who have missed out on things we take for granted.  The Gospels and the social teaching of the Catholic Church challenge us to act on behalf of the poor, the homeless and others who are marginalized, for whatever reason.  We are called to follow in the footsteps of Jesus by imitating his concern and compassion towards all whom we meet.

Today we will take a brief look at four of these deserving organisations.

Hospital of the Charity of St Martin de Porres, Peru

This hospital is a ‘work in progress’ and a Catholic project belonging to the Dominican Province San Juan Bautista del Peru.  It is being created to manage and direct health services for and to low-income people who require medical care that is low-cost and accessible.

The site of the new hospital is a building owned by the Dominicans and fittingly very close to the house where St Martin de Porres was born.  At present part of the building is being used to serve more than 150 elderly people and children with daily lunches.  The rest of the infrastructure is suitable for the Hospital to go ahead, once the necessary licenses have been granted according to the laws of Peru.

The overall objectives and goals of the Project are to provide for the wellbeing and health of the most needy people, inspired by the life of Charity that Martin lived; to provide low-income people with quality medical care; to promote health and disease prevention in Peruvian society. The policy of the Hospital is a kind and tolerant treatment of all their patients, regardless of the differences.  They will adopt a policy of free comprehensive care in extreme cases after evaluation by a social worker.

At present the work is being planned for the first and second floors of the building where it is hoped to implement modern, avant-garde biomedical furniture and equipment.  The beneficiaries of this worthy project will include the poorly-paid people of Peru, especially the elderly and children as well as members of the native communities of the missions in the south-eastern Amazon of Peru.

Closer to home, the south side of Dublin’s River Liffey is the location of Merchants Quay Project.  Begun back in 1969 as a Food Centre providing tea and sandwiches for homeless men, it has grown and expanded in accordance with needs and in 1991 was granted charitable status.  It also opened the country’s first needle exchange facility which not only saves lives but also keeps the streets safer.

Today it provides homeless outreach and drug rehabilitation services at every level of addiction.  Its day centre provides food, medical and counseling support for at-risk and homeless people.

In recent times it extended its day service into the evening, offering evening meals, crisis support, information and assistance to homeless people and rough sleepers between 5.30pm and 8.30 pm.  The service was extended after MQI identified that there was a need for support to be available for homeless people during the hours that other services are closed.  It is the only place in Dublin on Sundays where the homeless can get a meal. They sometimes have to cater for 200 people.

MQI’s Night Café also provides yoga mats for up to 65 people to sleep on each night who have been unable to source a place to stay.

The wonderful staff and workers at MQI are always grateful for donations such as soaps, shampoo, bath towels, hoodies and trainers, clean socks and boxer shorts especially as 75% of the clients who present are men.

The school has a very dedicated staff -7 Class teachers and 18 Special Needs Assistants.  The Pupil/Teacher ratio is 6:1.  All the staff are committed and enthusiastic and work well together as a team with the best interests of the students in mind.

The school is Catholic and under the trusteeship of the Dominican Sisters.  Fostering a positive school culture is central to the school and as well as being interested in their students, they care about them.  Their stated aim is to help children feel a sense of belonging and to be optimistic about their future in school while in Cabra and when they move on to other schools.

The motto of the school is:

Every Single Solitary Child is Different, Unique and Precious

Focus Ireland is a non-profit organisation based in Dublin that provides services for people who are homeless or at risk of homelessness.  Last year they helped over 15,000 people and they also provide services in Cork, Limerick, Kilkenny, Sligo, Kildare, Carlow, Tipperary, Wexford and Waterford.  Focus Ireland has repeatedly called for an urgent increase in the provision of social and affordable rental housing and for the State to move away from its massive over-reliance on providing housing in the private rented market where rents are constantly increasing.

Focus Ireland was founded by Sister Stanislaus Kennedy in 1985.  For her a cornerstone of the Focus Ireland project was an understanding of homelessness.  She acted out of the conviction that any new approach to the provision of housing for homeless people should take as a basic principle that those affected should not be expected to live in conditions that providers themselves were not prepared to live in.  She regarded the values that underpinned Focus Ireland as hospitality, safety, security, structure, empowerment, compassion, equality, respect and dignity.

Since its foundation Focus Point has drawn on the collective experience of the people involved.  By co-operating actively with existing services at home and abroad Focus Point was able to have a wider impact on both policies and practices.

One of the greatest challenges facing Focus Point from the beginning was communicating ideas about homelessness.  It was stigmatized, and it required work to combat the negative stereotype that was so prevalent, and to some extent still is.  It was achieved through communicating the idea that homelessness can happen to almost anyone, given certain personal and social circumstances.

For Sister Stan, as she developed the organization the four things that were most important to her were: not being afraid of change; having a great curiosity; being interested in the big picture and being happy with small successes.  She believes profoundly that homelessness should be a stage, not a state.  Hence the stated mission is:

To advance the right of people-out-of-home to live in a place they call home through quality services, research, and advocacy.

We at the St Martin Apostolate are very happy to be able to help these more than deserving charities, who are so dedicated to enabling and enhancing the lives of others less fortunate. So we would like to say a HUGE thank you to all of our supporters!