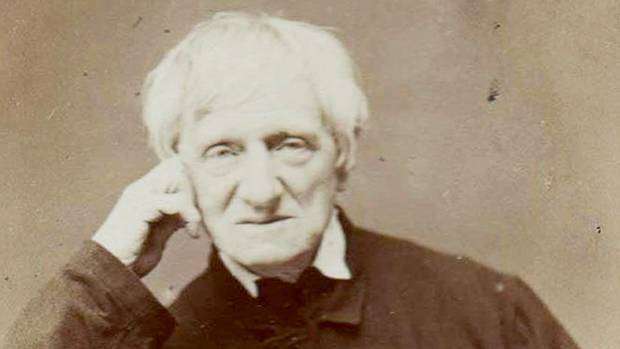 An English Saint for the Irish

An English Saint for the Irish

Earlier this week the Vatican made the announcement that Cardinal John Henry Newman is due to be canonised on 13th October by Pope Francis.  The elevation to sainthood of Newman, who converted from Anglicanism to Catholicism in 1845 comes after the Vatican announced that it had successfully attributed a second miracle to him.

Cardinal Newman is of particular interest to us Irish as he was a founder member of University College Dublin, more on that later.

From Oxford to Rome

Born in Ealing, London on 21st February 1801, John Henry Newman was a poet and theologian. He was first an Anglican priest and later a Catholic priest and cardinal, and was an important and controversial figure in the religious history of England in the 19th century.

Originally an evangelical Oxford University academic and priest Newman became drawn to the High-Church tradition of Anglicanism.  He was regarded as a leader of the Oxford Movement, an influential and controversial grouping of Anglicans who wished to reclaim for the Church of England many Catholic beliefs from before the English Reformation.

After 6 years of prayerful consideration and study Newman decided to be received into full communion with the Roman Catholic Church.  He had come to the conclusion that it possessed all the seeds of the Church established by Christ: Antiquity, Apostolic Succession, Catholicity and Holiness.  His conversion proved to be a controversial move with his contemporaries, the novelist and Anglican Minister, Charles Kingsley going so far as to question the honesty of his conversion.  Deeply offended by this Newman replied to Kingsley’s accusation by publishing a series of weekly pamphlets, which later became his autobiographical work Apologia Pro Vita Sua.

Newman was ordained to the priesthood and continued as an influential religious leader, based in Birmingham.  In 1879, he was created a cardinal by Pope Leo XIII in recognition of his services to the cause of the Catholic Church in England.

In 1854 Newman began writing what remains the world’s most famous essay on higher education The Idea of a University which explained his philosophy of education.  He believed in a middle way between free thinking and moral authority – one that would respect the rights of knowledge as well as the rights of revelation.  His purpose was to build a Catholic university in a world where the major Catholic universities on the European continent had recently been secularised, and most universities in the English-speaking world were Protestant.  For a university to claim legitimacy in the larger world, it would have to support research and publication free from Church censorship: however for a university to be a safe place for the education of Catholic youth it would have to have a place in which the teachings of the Catholic Church were respected and promoted.

After the Catholic Emancipation period of Irish history, a movement led by Cardinal-to-be Archbishop Paul Cullen attempted to provide for the first time in Ireland higher-level education both accessible to Catholics and taught by them.  He invited Newman to Ireland to be the rector of the new Catholic University.

Both men agreed that the university should begin modestly with Newman opting for the familiar Oxford style of obtaining a number of houses, which would be used as halls of residence and colleges of the university.  The university opened with three houses in 1851:  86 St Stephen’s Green – also known as St Patrick’s or University House; 16 Harcourt Street – known as St Lawrence’s and 6 Harcourt Street – Newman’s own house that he also supervised, known as St Mary’s.  Under Newman’s instruction, each house had its own chapel and common table.

Newman commissioned architect John Hungerford Pollen to design the beautiful University Church, besides 86 St Stephen’s Green, which was opened in 1856.  As well as being used for religious services, it was the venue for public university events and functions, such as the opening of academic sessions and the presentation of awards.

Unfortunately, at that time, Irish secondary schools were not producing sufficient numbers of students qualified to attend the university, and to make matters worse for Newman, its degrees were not recognised by the state, unlike Trinity and the Queen’s Colleges.  As a result, the university received no state funding.

During his tenure as rector, Newman was committed to recruiting educated laity to the teaching staff of the university, saying the church would look foolish without them.  He recognised the need for professional schools within the university.  As well as establishing the Catholic University Medical School, Newman also proposed a faculty of Law and appointed a Professor of Engineering.  Understanding the importance of a university to the wider community, another milestone of Newman’s was his introduction of the first evening lectures for students who were employed during the day.

The college that Newman founded and so ably served is now the largest in Ireland and has never forgotten its indebtedness to the man whose writings are studied even more today, than during his lifetime.

A Man of Many Talents

Newman was also a literary figure of note, his major writings including the Tracts for the Times, the Grammar of Assent and the poem, The Dream of Gerontius, which was set to music in 1900 by Edward Elgar.

He was a novelist and writer of Sermons, Meditations, Poetry and Prose.  Some of his shortest and earliest poems are described by R.H. Hutton as “unequalled for grandeur of outline, purity of taste and radiance of total effect.”

James Joyce said he was the great prose stylist of the English language and the first thing Oscar Wilde asked for when he was locked up was the writings of Newman for prison reading.

I shall finish with some of his oft-quoted words from A Daily Prayer which I find particularly moving:

May he support us all the day long,

Till the shades lengthen and the evening comes,

And the busy world is hushed,

And the fever of life is over,

And our work is done.

Then in his mercy may he give us a safe lodging,

And a holy rest and peace at the last.