If there is a Heaven will Animals be there?

Recently one of my friends was telling me about how much heartache she suffers when one of her pets dies. She has just lost a beloved cat and the whole issue of whether animals go to Heaven or not is very much on her mind at this time.  Having pets myself and remembering many former ‘last’ visits to the Vet, what she had to say greatly resonated with me.

She made the very interesting point that she could not understand how a creature whom she loved so much, and who loved her so unconditionally in return, could cease to exist for the rest of Eternity.  Her exact words were …“Surely something that has been made out of God’s pure love, has such a wonderful spirit, and can teach us so much more about love cannot end forever?”  She went on to say that, despite Church teaching, she struggles with the notion that it is only humans, made in the image and likeness of God and in possession of a soul, who have the promise of Heaven. 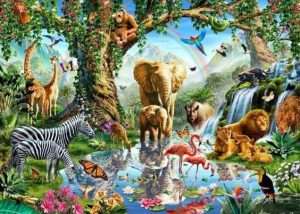 Position of the Catholic Church

Since the Middle Ages, largely due to the influence of St Thomas Aquinas, Catholic doctrine has held that the soul is present throughout the human body and co-ordinates its various physical, mental and spiritual functions.  The Jesuit Priest Fr J. A. Hardon wrote about how each living being has a soul: Plants have a vegetative one, animals have a sensitive one and humans have a spiritual soul.

The Church sees all created things as being good because they come from the creative hand of God.  But human persons are the crown of divine creation.  Their dignity resides in their intimate relationship with God.  It is in this that the distinction between humans and the rest lies.  In the person the soul is not just their essence, it is their transcendental dimension which enables and points towards that special connection with the creator.

Conservative Catholics, therefore, would attest that animals cannot go to Heaven because they have no souls in this sense.  Nor are they made in the image and likeness of God.

Opinions of the Popes

In his time as leader of the world’s one billion Roman Catholics Pope Francis has repeatedly caused a stir among conservatives in the Church, seeming to suggest more lenient positions than his predecessors on issues like homosexuality, single mothers, and unmarried couples.  So to some extent, it was not a surprise that Francis who took his papal name from Francis of Assisi the patron saint of animals would suggest that they do have a place in Heaven.

The issue of whether or not animals go to Heaven has been debated for much of the Church’s history.  Pope Pius IX, who led the church from 1846-1878, longer than any other pope strongly supported the doctrine that dogs and other animals have no consciousness!  He even sought to thwart the founding of an Italian chapter of the Society for the Prevention of Cruelty to animals. 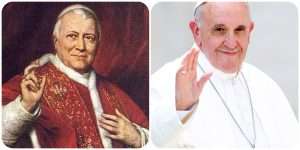 In contrast to this is the time when Pope Paul VI is reported to have consoled a little boy whose pet dog had died with the words “One day we will see our pets in the eternity of Christ”.

Pope John Paul II appeared to completely reverse Pius IX when he proclaimed that animals do have souls and are “as near to God as men are”.  The Vatican did not widely publicise his assertion, perhaps because it so directly contradicted Pius who was the first to declare the doctrine of papal infallibility in 1854.

However, John Paul’s successor, Pope Benedict XVI, seemed to emphatically reject his predecessor’s view when he asserted in a sermon given in 2008 that when an animal dies it just means the end because God only gives access to Heaven to humans.  Interestingly however in a beautiful phrase, he condemned factory farming saying the commodification of animals ‘is a sign that something is broken in the relationship between creator and created’.

Personally I would argue that the healing of that brokenness would involve a reunification wherein the created would live in harmony with the creator.  I am thinking specifically here about the idea of the Garden of Eden where all creatures lived in peace until the actions of Adam and Eve changed everything.  It was not the animals who severed the relationship with God: with regard to factory farming, it is the humans who are again in the wrong. The animals were never expelled from the Garden so it seems to me that their place in Heaven, unlike ours, is guaranteed! 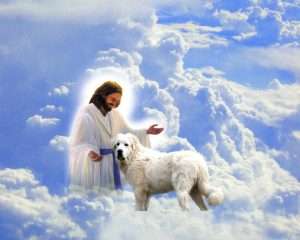 This is only my opinion and there are many different ones, even among popes and others supposedly ‘in the know’!  It would appear therefore that the answer to the question of whether or not animals go there is that we simply do not know.  Returning to my friend and something else she asked…”If Heaven is a superior, more complete version of this life then surely those we loved and who loved us, people as well as animals would have to be part of that too?”

I will leave the last words on this matter to a Saint.  Many years after he became pope, John Paul II made a pilgrimage to Assisi, the birthplace of St Francis.  In the Message of Reconciliation, he delivered there, he spoke about Francis’ love for animals as well as human beings.  And he likened that inclusive love to an anticipation of the Peaceable Kingdom envisioned by the Prophet Isaiah; a world in which all God’s creatures will live in peace with each other.