The Coronavirus and resulting Lockdown have taken their toll on many areas of life, including religious practice. Religion and its meaning in peoples’ lives have been the subject of much comment as places of worship across the country were closed for weeks on end. Such a state of affairs was unprecedented in modern times. What effect would this have on religious practice? Are there people who quite simply will not return to Mass and other ceremonies?

As speculation continues the issue of religion is being re-examined, revalued, and even re-defined.  So what exactly is religion and do those of us who adhere to it actually understand what it is all about?  What would we say if we were asked to give a definition of it, or explain its meaning to an alien visitation from another planet? 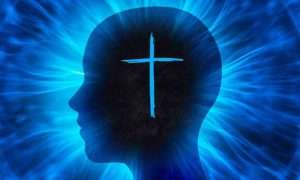 There have been many attempts to explain the term and they can be summed up by the words of Federick Ferre in his work Basic Modern Philosophy of Religion: “Religion is the most comprehensive and intensive manner of valuing known to human beings”.

The word religion comes from the Latin and while there are a few different translations the most prevalent roots take you back to the Latin word, ligare , meaning “to tie”, “to bind” or “to connect”.  Adding the “re” before “ligare” causes the word to mean “Re-bind” or “Re-connect”.

That connection was broken after the Fall when humanity became separated from God; to re-connect with God implies a reconciliation between the Eternal and the Everyday. The line was not however disengaged and for Christians, Jesus is the bridge between the two worlds.  Through Him, we are given grace for the journey. 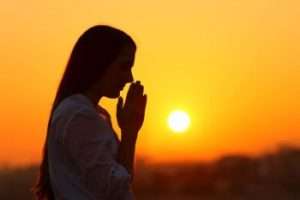 All religions seek to help Man find meaning in a universe struggling with the ultimate problem of human life, which is death.  They meet a human need which helps people cope with suffering, provides them with a purpose beyond themselves and a means to get in touch with it.

Arguably, religions provide two very important things for their followers.  The first is an analysis of human nature with all religions portraying it as being in some way incomplete or unsatisfactory.  The Western Semitic traditions of Judaism, Christianity, and Islam tend to see this unease is largely moral terms – that there is in human nature an inclination to fall away from God, whether it is through sin in Christianity, evil inclination in Judaism or forgetfulness and self-centredness in Islam.

In the religions that developed in the East, namely Buddhism, Hinduism, and Sikhism, the focus of this incompleteness is on false consciousness leading to ignorance and spiritual blindness.

Secondly, however, religions also provide not only an analysis of human imperfection but a ‘path’ or ‘way’ to enable the believer to transcend this imperfect nature, and in so doing to become more fully human.  Of course, each religion differs as to what this ‘goal’ of life is.  It might be the eternal life lived in the kingdom of God for the Christian or the ‘blowing out’ of desire and craving and hence an end to suffering for the Buddhist, who seeks nibbana or nirvana.  Religions are in the words of Professor Ninian Smart, ‘systems of salvation’. 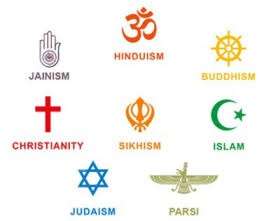 Religion can be looked at in at least six dimensions:

Doctrine; A belief system which gives a total picture of reality.  A good definition (in Catholicism) is that Doctrine is a teaching of the universal Church proposed as necessary for belief by the faithful.

Myth:  Stories about God and the gods, creation, and salvation, and events of historical significance.  In Hinduism, the Smriti, form what is usually referred to as the popular religious literature of the tradition and contain the great Hindu epics.

Ritual:  Worship, festivals, ‘rites of passage’ and initiations, and customs regulating food and dress.  In Judaism, the Bar Mitzvah ceremony is a time for boys and girls to take on adult responsibility in terms of their religious life.

Experience:  The individual’s experience of the awe-inspiring and the transcendent, or a sense of belonging and commitment to something greater than the self.  When Christians say they experience Jesus it means that they meet and are constantly aware of his presence and that he provides the inspiration for their lives.

Social:  The institutional organization of people to practice their religion. The Society of Friends (Quakers), worship in a building called a ‘meeting house’.  The essence of the meeting is that the worshippers sit in silence and await the inspiration of the ‘spirit’.

Most people who have any experience with religion will most likely recognise these common characteristics.

Wherever people live and whenever they live, they find themselves faced with three inescapable problems; how to win food and shelter from their environment (a problem posed by nature), how to get along with one another (the social problem) and how to relate themselves to the total scheme of things (the religious problem).

If the third issue seems less important than the others perhaps we should remind ourselves that religious artifacts are the oldest that archaeologists have discovered!

It would seem then that religion has been around for a long, long time and that humans have always felt a pull towards a Being and a meaning outside themselves.  A recent poll by Amarach Research has shown that religious practice continued, even in the lockdown.  Whatever form it takes and how it evolves as a result of further adjustments remains to be seen, but it seems safe to assume that it will be with us for a long, long time to come.

1 thought on “What is the meaning of Religion?”