When the Taoiseach, Micheāl Martin spoke to the nation on Tuesday evening, at one point he commented that the government did not want to interfere with the spiritual life of people.  This was in response to a reporter’s question with regard to people going to Mass. His response was interesting because going to Mass is more an act of religious observance, as opposed to a statement of where a person is with regard to their spirituality.

As human beings we are four-dimensional, having a physical, intellectual, emotional, and spiritual aspect to our make-up. It is the spiritual one which is the most neglected and this is probably because it focuses on something beyond and asks questions about the purpose of life. Many are not interested in contemplating this, preferring to concentrate on acquiring and enjoying the material things in life. Sadly much of our culture is based on the assumption that only that which is physical is real, and only that which is material has value.

Not everyone, however, accepts that this is enough. Saint Augustine put it best when he famously wrote… You [God] have made us for yourself, and our hearts are restless until they rest in thee.

All religions emphasise spirituality as being part of faith. For a good many of us, religion was where we first encountered our sense of something of a spiritual nature. However, it is quite common to hear people claim that they are spiritual, but not religious. They may merely read a lot of spiritual books, either as a hobby, or as a profession in the case of academic scholars, but do not practice any religion. 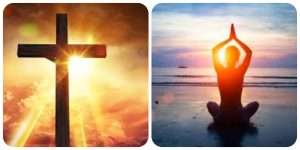 The place of Religion

Religion implies belonging to a certain group or organization and sharing their beliefs.  So on the Census form, one will identify as Catholic, Church of Ireland, etc. or of course none. Some believe that if you profess to be religious you are at best conservative, at worst dedicated to limiting life’s pleasures and placing a stranglehold on people’s behaviour. This has led to a feeling of shame for some who are religious but hesitate to identify as such.

However, religion does provide a framework within which spiritual growth can occur. When you belong to a religion, you have a place to worship, a congregation to engage with, hymns and songs to sing, readings to guide you, and a place to baptise your baby and from which to bury your dead. In uncertain times the rules and dogma of religion helped to give society a sense of certainty and helped to guide and comfort those whose faith was lacking.

However, there is a need to guard against being so obsessed with the letter of the law that we neglect the spirit. The Pharisees in the New Testament were obviously ‘religious’, but they couldn’t admit that Jesus’ healing people was a good thing. 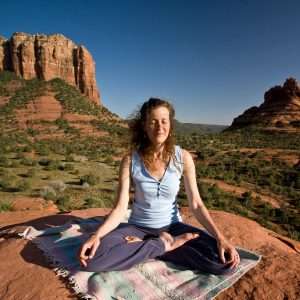 Spirituality is a broad concept with room for many different perspectives, meaning different things to different people.

Some associate it with the new age movement, with healing, psychic powers, Astrology, and the paranormal and everything that is not physical.  For a few, it is could mean meditation, yoga, and the expansion of consciousness.

Others say they find it in nature, others through crystals and oils.  There are those who consider all this kind of activity as wishy-washy, mere dabbling with no real concrete aim.  The nature of spirituality does not lend itself to the experiment which makes it difficult to define. However, all share the idea that it is something beyond the physical. 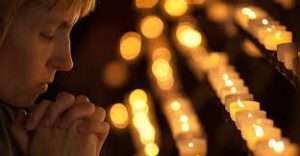 Since God is not present to Christians, spirituality is not then exclusively Christian. However Christian spirituality, unlike other forms, is most definite with regard to its focus.  It is the cultivation of a style of life consistent with the presence of the Spirit of the Risen Christ within us and with our status as members of the Body of Christ.  It is rooted in the life of the Trinity, focused on Jesus Christ, situated in the Church, and ever responsive to the Holy Spirit.

To live a spiritual life means, first of all, to come to the awareness of the inner polarities between which we are held in tension. To be Christian we do not have to deny our loneliness, our hostilities, and our illusions.  We have to have the courage to allow them to come to our full attention, to understand them, to confess them, and then to convert them into solitude, hospitality, and prayer.

For many people their spirituality and religion become so intertwined it is difficult to separate, thus resulting in a holistic approach to both.

1 thought on “Religion and Spirituality”