On September 14 we celebrated the feast day of the Exaltation of the Cross.  This is a commemoration of two historical events: the Finding of the True Cross and the dedication in 335 of the basilica and shrine built on Calvary by Constantine, which mark the site of the Crucifixion.

The Roman Emperor Hadrian (117-38 AD) regarded Christianity as insurrectionary.  In order to eradicate its influence, he razed the top of Mount Calvary to the ground and put up a temple to the pagan goddess Venus.  He also cut away and levelled the location of Jesus’ tomb and built a temple to the pagan god Jupiter. Ironically, this destruction actually preserved the sacred sites.

Emperor Constantine seized power in the year 312 and in the following year, legalized Christianity with the Edict of Milan.  About this time, his mother St Helena converted to Christianity and with her son’s authority set out on a pilgrimage to the Holy Land to locate where the important events in the life of Jesus took place.  One of her goals was to find the place of his crucifixion and the very cross on which he died.

With the assistance of the Bishop of Jerusalem, St Macarius, and a learned Jew named Judas, three crosses were discovered in a rock-cistern at a site east of Calvary.  The question then arose as to which was the cross of Christ?   Macarius suggested that a seriously ill woman be touched with each; when she was, one cured her instantly.  At the command of Constantine, Macarius built a church over Christ’s sepulcher.

This was consecrated as a basilica and today is the location for two of the holiest sites in Christianity.  The great basilica or Martyrium encloses the traditional site of Calvary in one corner, and across the way, the Anastasis houses the tomb of Jesus’ burial and Resurrection. 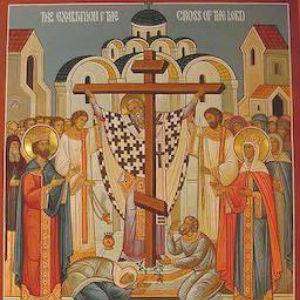 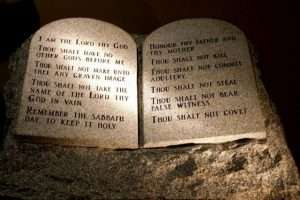 A Symbol of Shame

The cross at the time of Christ was a means of execution and a symbol of death.  Death by crucifixion was introduced to Rome in the 3rd century BC. It came to represent the power of the Roman Empire and the cruelty of its law enforcers.

To the Jews, however, it was even more reprehensible and the worst form of humiliation possible.  Under Mosaic Law, as outlined in Deuteronomy 21:23, it is written that anyone guilty of a capital offense who is hanged is under the curse of God.

In Roman eyes the cross was favoured because the death was an agonizing one; the process was slow; it could be observed by quite a public gathering; it was shameful and served as a deterrent to crime.  It was a form of execution that a Roman citizen was exempt from, so it was reserved particularly for lowly criminals and slaves.

The Cross as Triumph

There was, however, one other group that Rome wanted to make an example of, those who threatened her political power.  Jesus was executed on a political charge because he had called himself a King. This assertion that he might be going to replace the Roman governance of Judea with a Kingdom in which he would take charge of signified rebellion, something which Rome never allowed.

The cross was the means by which the Romans rid themselves of a troublesome preacher and insurgent, or so they thought.

But Jesus by rising from the dead, not only overcame the cross, he changed it to a symbol of triumph because it was the means by which he entered his glory.  His resurrection scattered the darkness and despair of death and promised eternal light and life to those who follow in his footsteps. 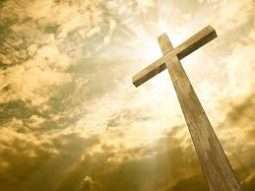 A Kingdom not of this World

When Jesus was ministering the Jews were looking for the Messiah to come and elevate the Jewish nation to prominence. Instead of hearing a message of repentance, they anticipated a Deliverer who would lead them to a successful liberation of their nation.  However, the reality was that Jesus’ first coming was to preach “the gospel of the Kingdom of God” (Mark 1:14-15) and pay the penalty for mankind’s’ sins.  Later, he would “appear a second time…for salvation.” (Hebrews 9:28) and the establishment of the Kingdom of God here on earth.

The cross now takes on a new meaning as a symbol, not of secular power, but rather of Jesus’ power over sin and death.

Writers, like, the renowned atheist Richard Dawkins, among others have ridiculed the idea that Christians wear, as many do, crosses around their necks. To them is unthinkable that an instrument of death and torture has been adopted in such away.  The symbolic dimension does not make sense because there is no faith.  For the believer, however, Christ’s transformation of the cross gives hope to humankind in a suffering world and is the ultimate symbol of the triumph of Good over Evil.