While writing the blog last week on Christianity and Buddhism I realised how little I know about other religions.  When I was in school, which as they say was not today or yesterday, we had more class discussions about issues and I do remember watching the series Jesus of Nazareth.  However, I do not recall learning about other religions.

After leaving school I worked for a few years in England back in the late eighties, early nineties and shared a flat with a girl who was teaching G.C.S.E. and A level Religion in a girls’ boarding school.  She worked very hard on her class preparations, because of course, it was an exam subject over there, though not so in Ireland at that time.  I really regretted that, because I loved Religion and felt I would have had a chance of doing fairly well in it, unlike subjects such as Maths which I struggled with and still have nightmares about!

The teaching of Religion in Schools is, I think, even more essential now, as sadly we are seeing increasing attacks around the world motivated by religious hatred and intolerance.  We have only to think of the recent murders in Sri Lanka and New Zealand.  Effective religious education will enable children to develop a knowledge and understanding of other religions; to explore fundamental questions arising out of our shared experience of life; to learn from religion and human experience and so develop their own ideas, beliefs, and values and to think about religion in a more mature way.

Every religion has a sense of exclusivity as part of its core identity.  I remember a joke about that which had a group of Protestants arriving in Heaven and being shown around.  They passed a room full of people laughing and having a great time.  However, the door was locked so the new arrivals asked St Peter who was in there and got the reply “Oh that’s the Catholics; they think they’re the only ones up here!”

Sadly if people of any religion start to believe they are the only ones who have the answers it can lead to fundamental thinking, which at its best is patronising and at 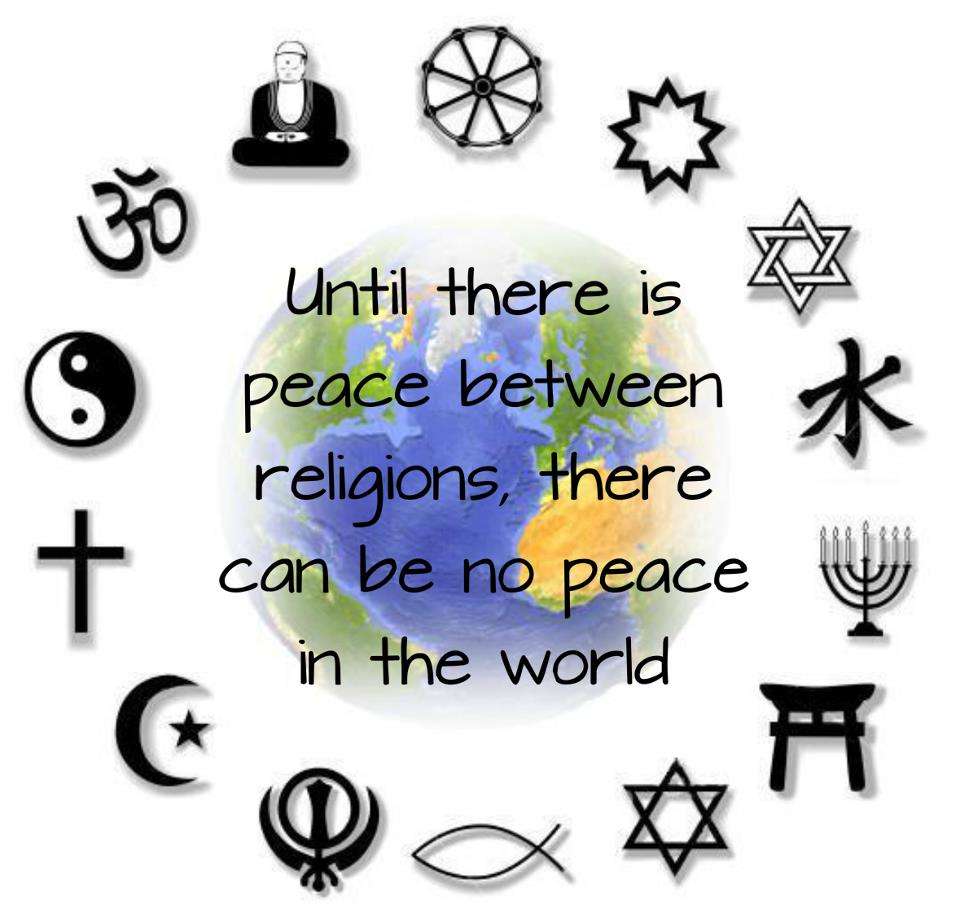 its worst can be an incitement to violence.  In Many Faiths, One Truth, Tenzin Gyatso, the 14th Dalai Lama (the Spiritual Leader of Buddhism in Tibet) wrote: ‘When I was a boy in Tibet, I felt that my own Buddhist religion must be the best – and that other faiths were somewhat inferior.  Now I see how naïve I was, and how dangerous the extremes of religious intolerance can be today.’

This is why religious education is so important.  While preserving faith towards one’s own tradition, one can respect, admire and appreciate other traditions. Comparing and contrasting other religions offers enormous opportunities not only to see fundamental differences but also similarities which students can analyse and draw conclusions about.

When studying other cultures, historical or contemporary, we can’t begin to understand a group of people without knowing their beliefs.  And a group’s fundamental beliefs about matters of ultimate concern are connected to all other beliefs and behaviours within the culture.  We can’t study religion, history, politics, economics, art, science or environment without looking at how they interact with each other.

The earlier children start learning about religion in an educational setting which will nurture curiosity inquiry and growth, the more mature and reflective they will become as adults.  They pick up all kinds of ideas, many distorted, from others, online and on television as well as from their parents.  When they study other religions they will realise that they all have similar roots and all provide two very important things for their followers.

Firstly, they give us an analysis of human nature with all of them portraying it as being in some way incomplete or unsatisfactory.  The Western Semitic traditions of Judaism, Christianity and Islam tend to see this lack in largely moral terms –  that there is in human nature an inclination to fall away from God, whether it is through sin in Christianity, evil inclination in Judaism or forgetfulness and self-centredness in Islam.  In the religions that developed in India, namely Buddhism, Hinduism and Sikhism, the focus of this incompleteness is on false consciousness leading to ignorance and spiritual blindness.

Secondly, however religions also provide not only analysis of human imperfection but a ‘path’ or ‘way’ to enable the believer to transcend this imperfect nature and in doing so become more fully human.  Of course, each religion differs as to what this ‘goal ‘of life is.  This is where the dangers lie but if the emphasis in class is on what we have in common rather than how we differ there is more a chance of a world-view which is inclusive and accepting rather than exclusive and prejudiced.

1 thought on “Religion in Schools – Understanding all Beliefs”