“Be friends with one another, and kind, forgiving each other as readily as God forgave you in Christ”.  These were some of the words written by St Paul in his letter to the Church at Ephesus.

Kindness is an example of love in action as well as being a gift of the Holy Spirit, something which Paul mentions in another letter, this time to the Church in Galatia.  It is sometimes a difficult decision to choose the kind action rather than the opposite, but as Christians it is something we are called to do. Being unkind can have dire consequences on the lives of others.  There is a saying that we may forget what people say and do, but we will always remember how they made us feel.

Kindness is to be hoped will in its turn foster kindness, but even if it does not always do so it is not an option if we wish to live a truly Christian life. 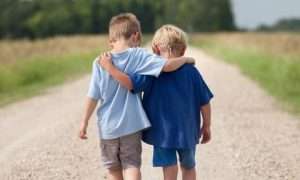 Last Saturday the world of Showbiz and beyond was shocked to learn of the death, by suicide, of the well-known T.V. Presenter, Caroline Flack aged forty.  The presenter of the hugely popular Love Island had a string of successes to her name, including emerging as the 2014 winner of another highly acclaimed television series, Strictly Come Dancing.  Bright, beautiful and bubbly, seemingly confident, healthy and financially secure why would someone like this who seemed to ‘have it all’ take this irreversible, final and hopeless step?

The ‘presenting reason’ would appear to be the fact that since her arrest at the end of last year for an alleged assault on her boyfriend she has struggled to cope with the consequences.  She pleaded not guilty at a court hearing in December and was released on bail.  However one of the conditions of the same was a ban on any contact with her partner.  Her death came three weeks before she was due to appear in court on assault charges.

When people take their own lives there are usually many reasons why they do so, even though one event may trigger the final decision.  Caroline had suffered from mental health issues but they had not been helped by her unkind treatment from the Press.  One of her friends made the observation that every mistake she made was made in public.  Since her charge of assault, the media put her through a show trial which turned everything that had happened in the incident with her boyfriend into a circus. 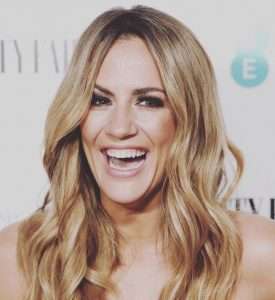 Love Island, the television Show Caroline Flack hosted has become more of a cultural phenomenon than a television event.  It was Twitter’s most talked-about TV show in 2018 and made its broadcaster millions in merchandise and advertising. More young people applied to be on the realistic dating show set in a Majorcan villa than sought places in Oxford and Cambridge.  This came as a huge shock to many who underestimate the attraction of instant fame.

In the show, single men and women are dispatched to a sunny villa where they set about finding ‘true love’.  Thus is a game made for the viewers out of judging the authenticity of other people’s romantic relationships and detecting ‘sincere feelings’, discerning the ‘truth’ in love.  Ultimately this provides no more than a false sense of insight and intimacy.

The programme is religiously, watched by a record audience who have developed a relationship with contestants glorified into being the epitome of beauty.  No ordinary ‘ugly ducklings’ like the rest of us here! That fact alone has led to criticism of the show.  Good-looking men and gorgeous girls and of course their ‘relationships’ are real and nothing to do with the £50,000 prize at the end!

In terms of Christian values the show would seem to be lacking.  People discard each other when someone better comes along; others get hurt in the process.  It feels like they are commodities.  One of the girls experienced a near-meltdown and genuine crisis in confidence in the face of romantic rejection.   Yet it seems this is the proper fodder for viewers who enjoy the discomfort, even perhaps the suffering, of others.  It evokes the gladiator spectator sports in Rome, not least the throwing of Christians to the lions. 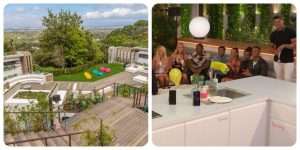 A huge reason for the success of Love Island is because of the online conversations it generates and the countless opportunities for what are described as ‘water-cooler moments’.  As staggering as the viewing figures are the tweets have a jaw-dropping 2.5 impressions.

One apparent requisite for anyone who appears on the show is a thriving social media presence.  Who you are friends with matters.

Unfortunately Social Media, in so many instances, has become a conduit for terribly unkind comments and observations.  The host Caroline Flack herself was abused and threatened so much so that she needed therapy.

People say what they like and do, the attitude from some being that the contestants are fair game and just have to take the rough with the smooth.  This, of course, does not take people’s feelings and emotional crises into account.

More friends on Social Media does not necessarily mean you have a better social life… for that actual social interaction (not virtual) is needed.

Since loneliness is linked to a multitude of health and mental health problems (including early death), getting real social support is important.

It is only through personal interaction, that we best experience genuine human connection and where the kindness of others can be perceived as a gift which graces us in an intimate way and re-enforces our true sense of self-worth as a child of God and a sister or brother of our fellow men and women.