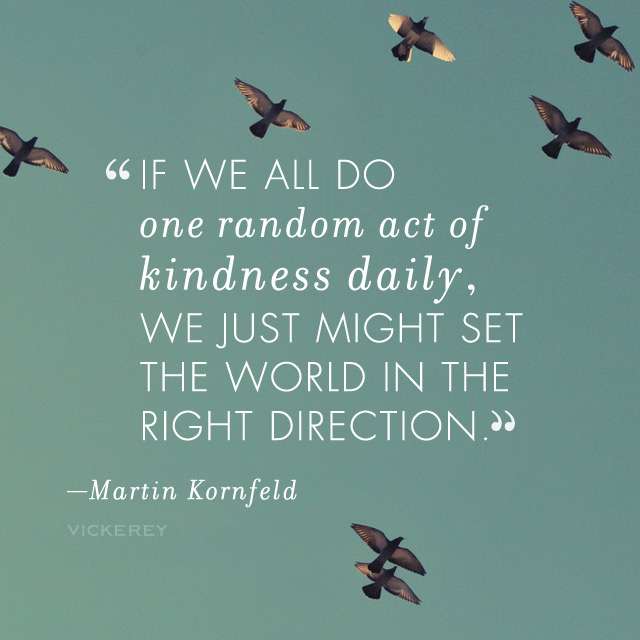 I recently learned that February 17, last Sunday, is the date on which National Random Acts of Kindness Day is celebrated. It is celebrated by individuals, groups and organizations nationwide to promote acts of Kindness. Originating in New Zealand it has spread to other countries and indeed it is encouraging to know that the observation of same has grown in popularity over the years. Some suggestions of what to do include, letting another person go ahead of you in the supermarket queue; complimenting a colleague on some aspect of their work; buying an extra item in your weekly shop and donating it to charity. There are supermarkets who facilitate this by having a donation box at the exits.

St Paul says “Love is always patient and Kind…” (Corinth: 13:4). He also lists it as being one of the nine fruits of the Holy Spirit. “What the Spirit brings is very different: love, joy, peace, patience, kindness, goodness, trustfulness, gentleness and self-control.” (Galatians 5:22). According to Pastor Stephen Witmet, biblical love is “…a supernaturally generous orientation of our hearts towards other people, even when they don’t deserve it and don’t love us in return”. Such a definition is a good proof that it is a mistake to equate kindness in some way with being weak.

Kindness from a Stranger

If asked I think we would all be able to recall a time when someone treated us with kindness. Personally I remember back in the winter of 2009/2010 when Ireland experienced severe snow and freezing conditions. I was in town one evening when I slipped and fell hitting my head on the pavement. There were quite a few people around but only one man rushed over and helped me up. He also assisted on accompanying me to the nearest taxi rank which was a good walk away. He urged me to go and have some tests as he said he could hear the crack when I fell. I was very impressed by his concern and I often said a prayer for him in the aftermath, even though I did not know his name, where he was from, or anything about him. I was shocked and in pain and his kindness to a stranger on that snowy night was appreciated and remains in my memory nearly ten years later.

In his inaugural speech President John Fitzgerald Kennedy famously said “Ask not what your country can do for you, ask what you can do for your country.” People who are kind-hearted behave in a way which is designed to make the world a better place. Of course even the kindest people know that there are those who will take advantage of their good nature and that often they give the wrong people too many chances.

The Kindness of Jesus

However it was Jesus himself who asked us to turn the other cheek. One of his most notable acts of kindness involved the healing of a leper at a time when lepers were outcasts doomed to live a life without human contact. His kindness to the woman who had committed adultery not only saved her life, but gave us that great exhortation to behave kindly, when he asked us not to be the first one to judge others but to look instead at our own lives. 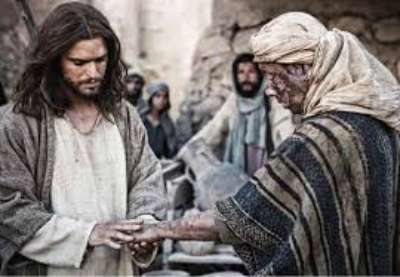 We all want to be treated kindly but sometimes find it harder to be kind to others. Sadly something we hear a lot about is bullying and we live at a time when there are more ways in which it can be carried out. Kindness must be learned and many children are not being given good example in this area. In fact much of the media programmes and games which they are being exposed to portray scenes which are the absolute opposite of kindly behaviour. Kindness starts with caring – being tender-hearted and compassionate towards others. Genuine kindness is lending a hand and not expecting anything in return.

Those with Kind Hearts

Acts of kindness have changed the world. We think of people like Oskar Schindler whose kindness saved the lives of 1,200 Jews who worked in his enamelware factory in the years after 1939. He bribed Nazi SS officers to ensure his workers were not deported to extermination camps. When the Krakow ghetto was liquidated and many of its Jewish inhabitants sent to their deaths, he allowed his workers to stay safe within the walls of his factory overnight.

In more recent times we have the example of two very different women. On April 19 1987 Princess Diana arrived at London Middlesex Hospital to open the UK’s first ever unit dedicated to treating people with HIV and Aids. There she did something that hit the headlines when she shook hands with an Aids patient. This was at a time when they were viewed with as much fear as lepers. Her kindness showed that it was neither necessary to treat these people as outcasts, or dangerous to engage normally with them.
Mother Teresa, canonized a Saint set up The Missionaries of Charity and founded homes to care for the neglected and abandoned of society. These included baby girls rescued from dust bins. Her kindness earned her the name of The Angel of Mercy.

For examples of kindness we need look no further than our own St Martin. His kindness extended even to the mice everyone else wanted rid of!

So why not try and do a kind deed each day this week? I am sure it will make you feel good and if it even makes someone else feel good that is even better!