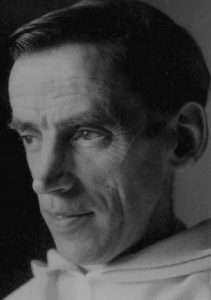 The ‘story’ of the Apostolate begins with Fr. Louis Coffey O.P. in the mid-1940s. He was assigned to promote devotion to Blessed Martin De Porres with a view to canonisation and to help the missions by educating priests. His first step on the journey was from a little shop in Dorset Street. A supportive shop owner enabled raffles to take place and the draws grew in popularity. Small statues were sold from the shop, and the religious goods business was born.

The Apostolate went from strength to strength. Members and supporters grew in huge numbers. The range of activities the Apostolate participated in and operated expanded also. The St. Martin Magazine commenced publication in November 1952. Since its first publication the magazine has been published on a monthly basis, without pause, up to this day, such is its popularity.

The quarterly Draws expanded as did the sale of religious goods over the years. The Apostolate expanded the membership base very successfully to the UK, which is to this day, very important to us.

There were two more re-locations – the first No. 30 Parnell Square West. This was where the famous and much-loved Moving Crib was opened in 1957 (which itself attracted one hundred thousand visitors at one time). All operations were undertaken from No. 30 – operating the shop, sending out draw tickets and even turkeys giveaways (as Christmas Draw prizes). The shop was open from 9am to 9pm and the Moving Crib remained open throughout – even on Christmas Day.

In 1977 the Apostolate arrived at its current location – 42 Parnell Square West. Here the Oratory was opened by Cardinal Ciappi and The Moving Crib scenes were painted by Fr. Aenghus Buckley O.P. and updated by renowned Dublin artist Cormac Larkin (who was also a St Martin’s Volunteer).

In 1981 there were over 6,000 promoters of the magazine and 96,000 magazines were being dispatched monthly – this peaked later at 100,000 monthly copies. It was the work of a lifetime for Father Coffey from its humble beginnings in Dorset Street to ‘Number 42’.

This website uses cookies to improve your experience while you navigate through the website. Out of these, the cookies that are categorized as necessary are stored on your browser as they are essential for the working of basic functionalities of the website. We also use third-party cookies that help us analyze and understand how you use this website. These cookies will be stored in your browser only with your consent. You also have the option to opt-out of these cookies. But opting out of some of these cookies may affect your browsing experience.
Necessary Always Enabled

Any cookies that may not be particularly necessary for the website to function and is used specifically to collect user personal data via analytics, ads, other embedded contents are termed as non-necessary cookies. It is mandatory to procure user consent prior to running these cookies on your website.

We would like to Thank You for your continued support.