As I write this our country, and indeed the rest of the world, is experiencing a set of circumstances, the like of which has not been seen since World War II. Some of those among us, who are old enough to remember those years, have said that the limitations we are undergoing now are actually even greater.

This time the enemy is an invisible one, but it can still be overcome with the willingness and co-operation of all of us.  This means many changes to our normal pattern of living and a lot of sacrifices; not least a disruption in everyday activities and the temporary loss of many things we have taken for granted. 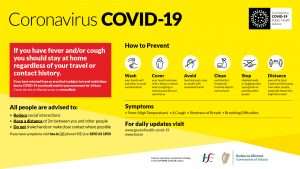 It does, however, provide us with a unique opportunity to think about the welfare of others, to put their needs before our own and to look out for the elderly and others most at risk in our communities.

Those famous opening lines of Charles Dickens’ French Revolution story, A Tale of Two Cities, ‘It was the best of times, it was the worst of times…’ could be applied to our present times.  Obviously, Coronavirus is the worst crisis in modern history but it does have the potential to bring out the best in us, and sadly also the worst.

Since Covid-19 has devastated our world we have seen examples of both types of responses from people: some to gladden the heart; some to make you wonder at the depths to which human beings can sink. 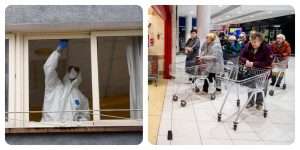 A recent news story, which shocked us all, came from Spain.  This was about the grim discovery by some Spanish soldiers of old people abandoned, some dead, in care homes.  The Army had been deployed there to help disinfect retirement homes in a move to help fight the coronavirus outbreak.

The Spanish Defence Ministry has said that some of the Nursing Staff had fled after Covid-19 was detected.  An investigation has been launched, the General Prosecutor announced.

This is an example of how fear makes people abandon other people and leave them to their fate.  While we cannot deny that fear triggers certain actions, we have to admire those staff in the very same situation who did not abandon those vulnerable women and men in their ‘care’.

Sadly, here at home, we have heard about some distressing stories of our own.  Initially, it appears there were incidents of people spitting on the handles of shopping trolleys outside Supermarkets.  Now it has been reported that some people are deliberately coughing and spitting into the faces of others.

Mostly it seems that the victims are elderly people, although the Minister for Health, Simon Harris was himself a target and has spoken about how disgusting the incidence was.

I heard an interview on the radio with another man who along with his wife, experienced a similar attack and was visibly upset by what had occurred.  He said that his wife was still in a state of shock on the day following this crude assault.

In Hitchin, England, three men were arrested for assaulting a couple in the same way.  A passer-by intervened resulting in a fight that left a woman in her seventies with a black eye. 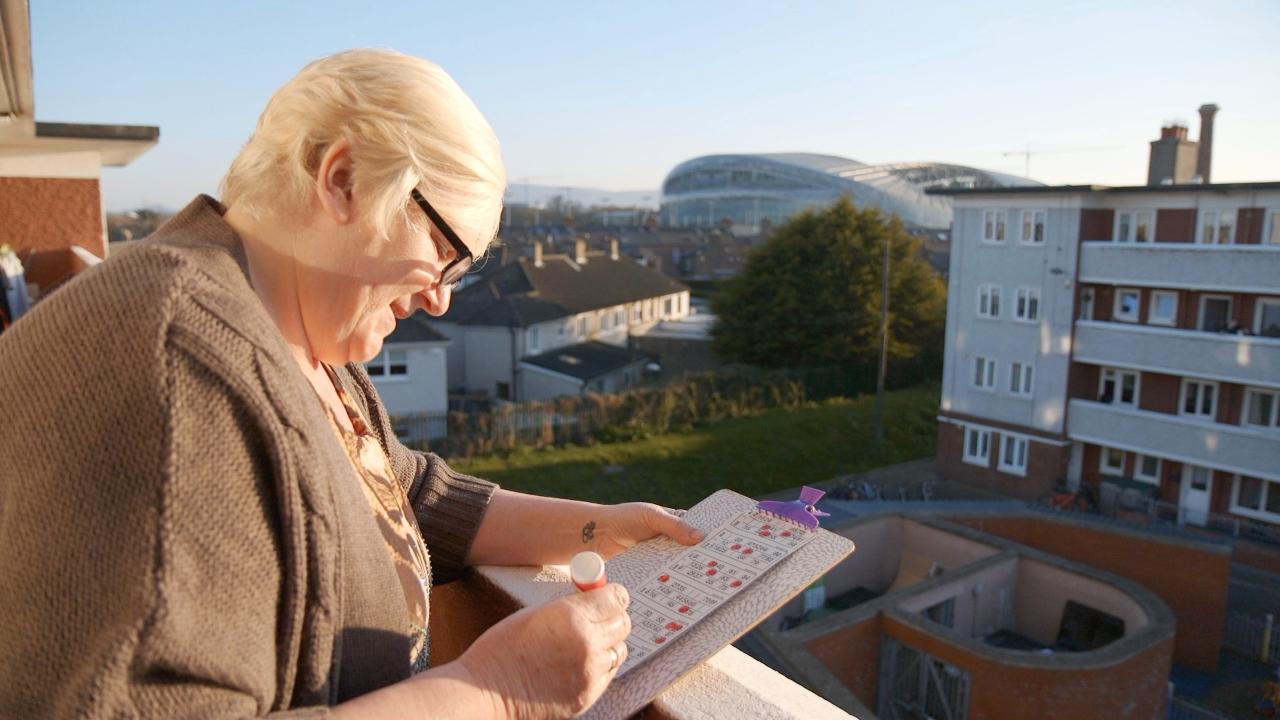 In contrast to these disturbing incidents, we are seeing plenty of examples of the way crisis situations inspire people to help others, often in a very creative way.

A man who hosted bingo sessions for residents of the Canon Mooney Gardens flats in Dublin’s Ringsend had never even played bingo before.  His Balcony Bingo venture proved a great success by connecting the residents while maintaining social distance.  Wearing a white disposable boiler suit, mask and gloves he set up a bingo stall on the roof of the ‘pram sheds’, played music and offered prizes.

The Ringsend and Irishtown Community has been delivering free dinners to the older residents and checking on those who are isolated.  It is also maintaining an online presence with baking and poetry competitions.

The hashtag #selfisolationhelp started as a Twitter trend a few days ago and as a result localsupport.ie is now a website you can sign up to that aims to help those in isolation and its objective is to make sure nobody is stuck.  The idea was to set up a network where those who need help can access volunteers who can provide it.  This can be anything from shopping for groceries to walking the dog.  Their website shows people maps where assistance is available and highlights towns and counties in need of volunteers.

Offers of help and support are beginning to grow across Ireland as communities use Social Media to organise. 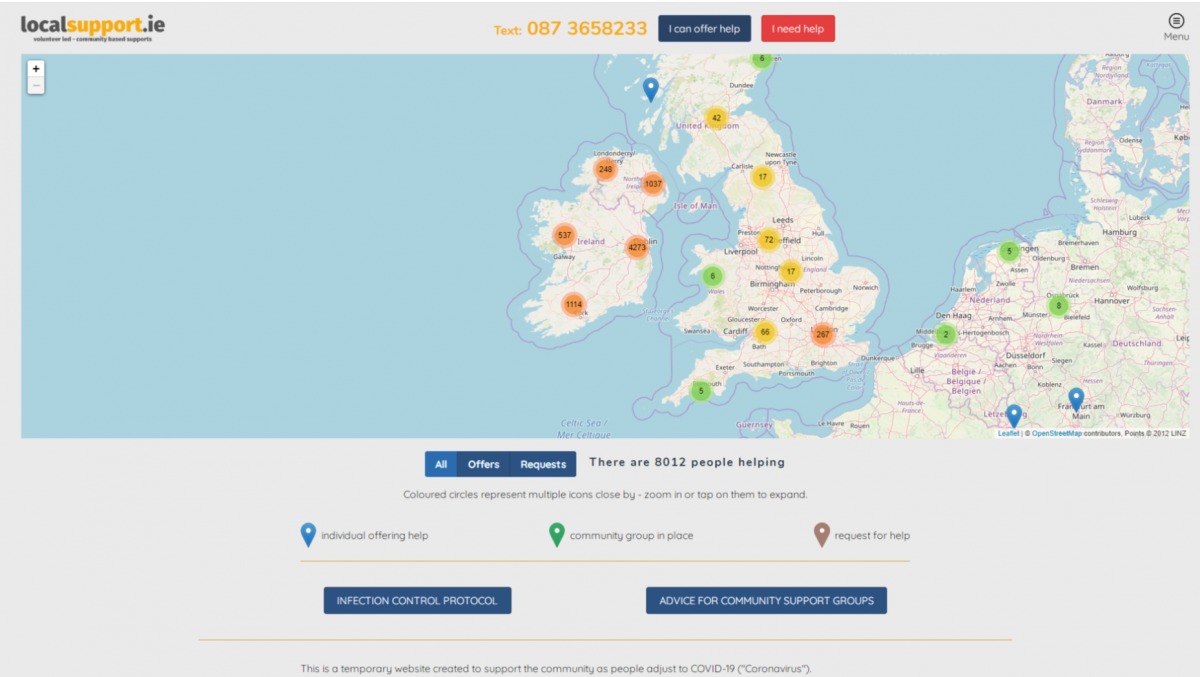 When one person performs a good deed it causes a chain reaction of other acts of generosity.  It has been shown that people are more likely to perform such acts after observing others do the same.  This effect can ripple throughout the community, inspiring dozens of individuals to make a difference.

When this terrible crisis has passed, we will emerge as changed people.  We can only hope and pray that we will have become more compassionate, empathetic and sympathetic in our dealings with other people; asking not what’s in it for ‘us’ but recognizing that ‘us’ is inclusive of ‘all’; the whole community, all children of God who have been asked to “love one another”.