Mention the word exorcism and most people will probably think of the famous film The Exorcist but there is much more to this whole subject than that. Ireland’s most renowned exorcist is Fr Pat Collins, a priest of the Vincentian Order based in Dublin.  He is a speaker, retreat leader and author who has lately begun to train teams of people from around Ireland to combat evil spirits.  Despite ridicule and disbelief from many quarters, Fr Pat believes strongly that there is an increasing need in Ireland for exorcism, and what is referred to as ‘deliverance ministry’. 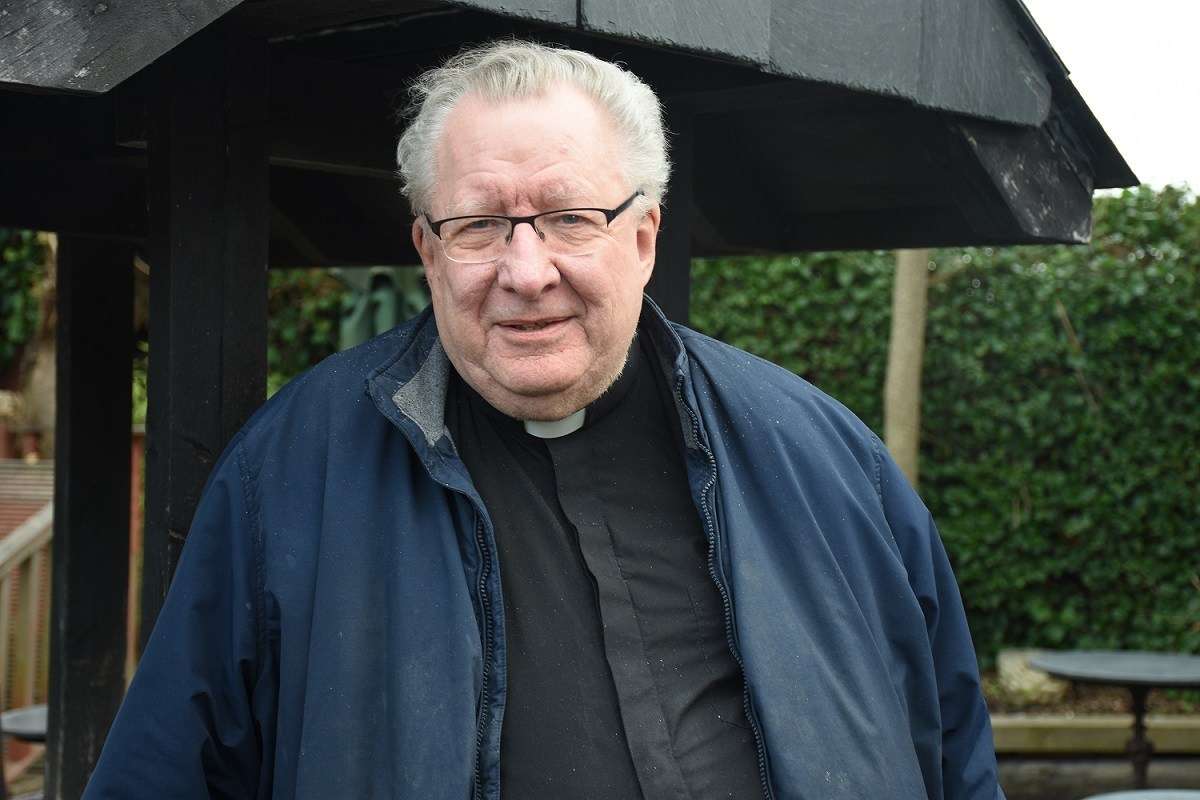 Recently Fr Pat gave a public talk in Newman University Church on St Stephen’s Green which was based on his bestselling book on fear, addiction and oppression from evil spirits– Freedom from Evil Spirits.  He began by saying that the real problem in the Church is the split between those who believe in the Supernatural and those who do not.  In his opinion it is an area that has been totally neglected.  In 1972 Pope Paul VI said “This matter of the Devil and of the influence he can exert on individuals as well as communities, entire societies or events, is a very important chapter of Catholic doctrine which should be studied again, although it is given little attention today.”  More recently Pope Francis has said “The devil is present!  The devil is here…even in the 21st Century!  And we mustn’t be naïve, right?  We must learn from the Gospel how to fight against Satan.”  Fr Pat says the modern-day Church has almost totally abandoned the notion of exorcism despite its significance in the Gospels. 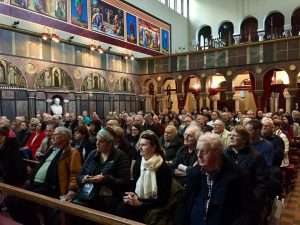 In January 2018, Fr Pat wrote a letter to the bishops of Ireland part of which was about the need to appoint trained exorcists in each diocese.  He maintained that every diocese has an evangelical and pastoral duty to have exorcism teams in order to help those who are oppressed or possessed by evil spirits.  Over time in his own work in this area Fr Pat realised that he should never pray alone and should always have a team with him.  The evil spirit within the person can taunt the exorcist about his sins which is why the exorcist goes to confession himself before the exorcism.

Any lay Catholic can engage in deliverance ministry, which involves saying certain prayers and deals with oppression rather than possession of evil spirits. However only a priest can perform a solemn exorcism, which according to Fr. Pat is only needed in extreme and rare cases.  In these instances the whole personality is hijacked by the Spirit of Darkness.  We should never attribute people’s problems to the devil when there is a perfectly natural explanation as to what is wrong with them.  Only when a natural explanation does not suffice should we look for a supernatural one.

His book is a guide to how we can free ourselves from the many debilitating influences that can become strongholds in our lives, from fear and addiction to oppressive evil spirits.  Not all fears are related to the devil, neither is addiction as it is a form of illness but they can leave a person very vulnerable to the influence of evil spirits and suppress an individual’s freedom.  The devil can get a foot-hold in a person through addiction and all its consequences, because it will lead to an awful lot of irresponsible behaviour which he can exploit.   Written from his personal experience of dealing with his own fears and anxieties, his research into the various forms of addiction that can ruin lives and his own encounters with evil Fr Pat’s book offers practical advice on how to overcome these afflictions. 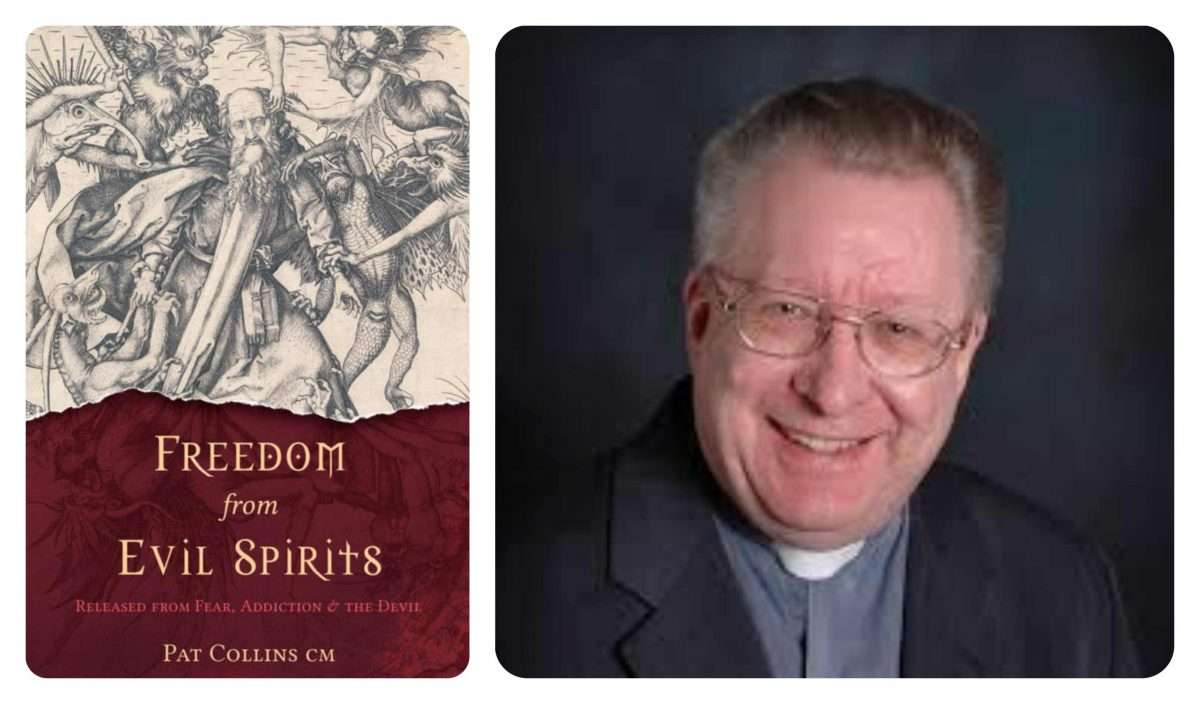 Fr Pat is a very interesting speaker and leaves you fully convinced of the truth he believes in.  I was very struck by his reflections on how our souls are orientated towards religion and meaningful expression and how in order to recover from neurosis a person must have a transcendental experience of God; unless we relate to God our mental health will decline and we will lose touch with meaning.  The devil recognises what is holy even if we do not. During one exorcism the words “Mary the Immaculate Conception, pray for me”, invoked a furious reaction from the spirit. “Don’t mention her; I hate her, she is too powerful with God”.

Gripping stuff indeed!  I am looking forward to reading his book and learning a lot more about this fascinating topic.

Freedom from Evil Spirits (€12.99) is available from Columba Books and Veritas

Fr Pat Collins was on RTE’s Late Late Show speaking with Ryan Tubridy back in February, if you missed it you can watch it here on YouTube

2 thoughts on “Is there a need for Exorcism in Ireland? – Freedom From Evil Spirits”